History of the cooperative movement in Finland

Cooperation was introduced to Finland in the turn of the 20th century. It started with the foundation of Pellervo – Confederation of Finnish cooperatives in 1899. Before that, there were only few cooperatives in Finland. The birth of the cooperative movement was also connected to the struggle for independence. 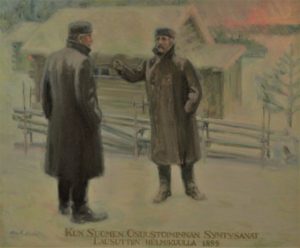 In 1899 a so-called russification period started where Russians wanted to bring Finland closer to it and possibly withdraw autonomy. Intellectuals started to worry and start to mobilise.

In 1899 Pellervo was established to promote free co-operation in different agricultural sectors and to spread the co-operative idea in general.

Hannes Gebhard (1864-1933) and Hedvig Gebhard (1867-1961) are the father and mother of the Finnish cooperative movement. Hannes Gebhard was the founder and managing director of Pellervo. The Gebhards had travelled abroad to learn about cooperation in Germany, France, Denmark and Sweden.

Hannes Gebhard wrote a book on Farmers’ co-operation abroad: “farmers' cooperation is the rock upon which the major social improvements and perhaps in the future nationhood and independence is possible to build up”

Ideology was very strong amongst the co-operative movement in its early days naturally because it was new and because the whole nation was in a political and social upheaval. Also, the Workers’ movement and other organisations wanted to develop peoples’ civic abilities and rid them of their subservient attitudes.

Pellervo worked hard to spread cooperation. Spokesmen were sent all over the country. There was also a clear social demand for cooperatives. There was no services or of poor quality, overpriced goods, weak competition and monopolies, no credit system, no market for agricultural goods. Also, there had always been mills, seine’s (fishing) and other ways people cooperated, so the idea was not new.

Read the whole history from the book: The Pellervo Story. 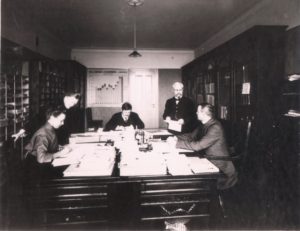 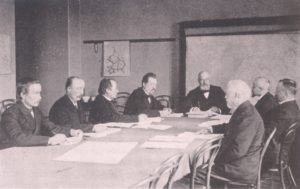